'Běhejme a pomáhejme útulkům' (Let's run and help shelters) is a Czech non-profit organization that helps abandoned or abused animals through charity running events. We talked to the founder Petr Sokolík about how the organization was founded, what they are currently doing and what events they are planning, where they get inspiration for their merch designs and how satisfied they are with our cooperation. 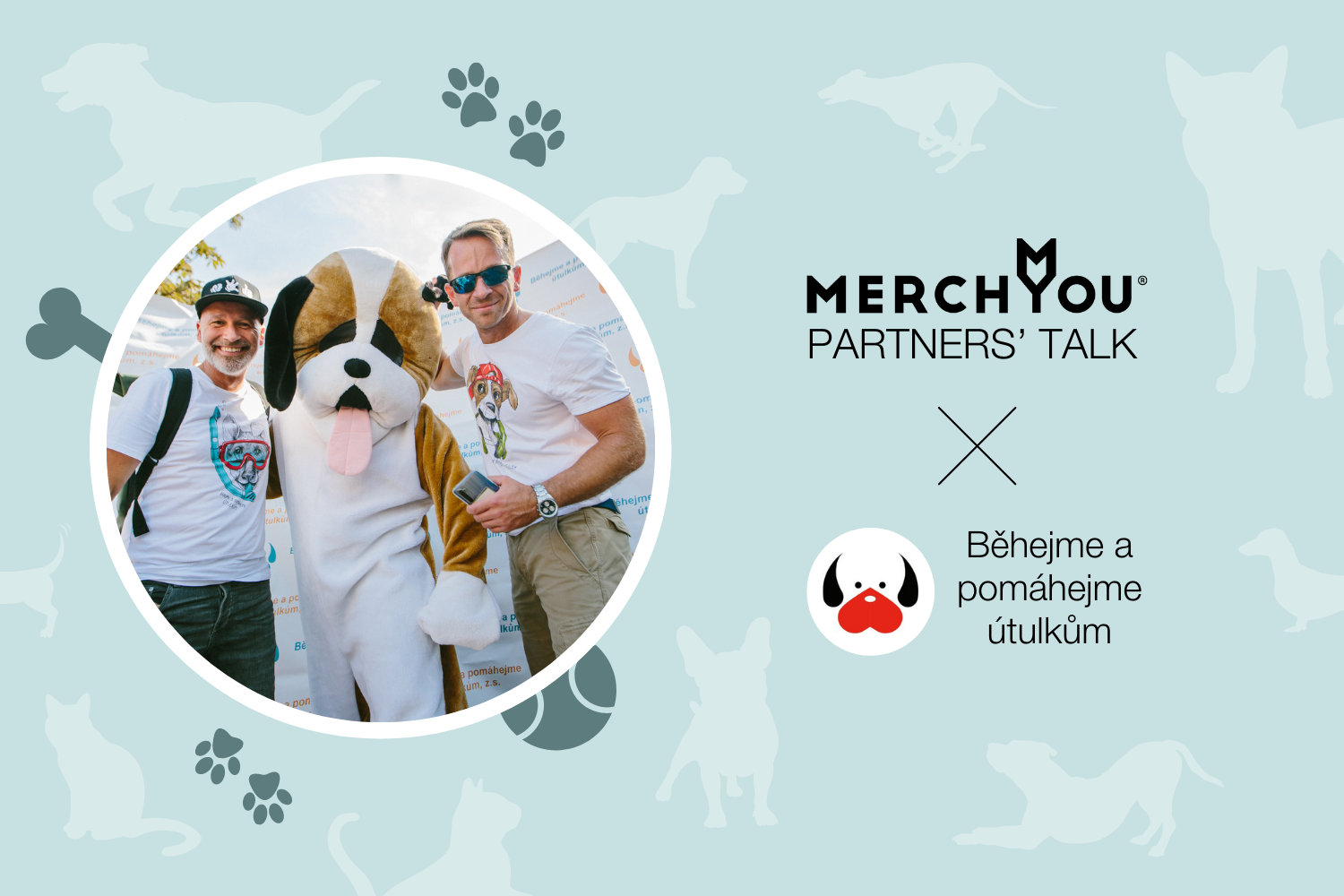 MERCHYOU Partners' talk are interviews with our partners - long-time customers for whom we produce printed or embroidered textile. We have prepared a series of interviews with fashion brands, e-shops or bands on various topics. This time we talked to Petr Sokolík, who founded a Czech non-profit organization 'Běhejme a pomáhejme útulkům' (Let's run and help shelters) with the intention of helping abused and abandoned animals.

What led or inspired you to found 'Běhejme a pomáhejme útulkům'?
I had been thinking about helping shelters for a long time, but resisted visiting shelters and seeing dogs in cages. The idea to organize a run in support of abandoned animals came from an article about Zdeněk Svěrák, who founded the 'Běh pro Paraple' (Run for Paraple). In 2014, I approached my friends to go for a run in Prague's park Stromovka and each of us took a financial contribution for the shelters. 26 people took part in the first run in Stromovka and raised CZK 4,000 between them. The participants liked the idea of the event and next year they took their friends and acquaintances with them. Today, over 1,500 people and dozens of dogs attend the charity run/walk in Prague. We also go to other cities to help shelters.

What is the mission of your organization and what do you do within it?
Our goal is to help non-profit non-urban shelters and abandoned animals. We have already helped 160 shelters with an amount of 6.7 million CZK. We organize the charity event 'Běh pro útulky' (Run for shelters) and the nationwide fundraising event Animal Day. In addition to all this, we have launched an e-shop where people can order our merch, which is popular with many people and friends.

Lately, unfortunately, events in Ukraine have kept us busy. Together with other colleagues we have founded the 'Pomoc zvířatům UA' (Help for Animals UA) alliance. We didn't know each other before the war, but the war brought us together by fate. Our goal was only one and that was to help animals affected by the war conflict. Our team soon learned to do things we would never have thought of doing before: loading trucks, finding safe routes to shelters in the war zone, or knowing all the details of the rapidly changing border crossing legislation, as well as veterinary legislation.

We have already imported 230 tonnes of pet food and supplies to Ukraine. Our aid has reached cities such as Kiev, Odessa, Irpin, Donetsk, Zhytomyr, Kharkiv, Poltava, Uzhgorod, Kryvyi Rog, Bukha, Dnepropetrovsk, Chernihiv, Mykolayiv, Kramatorsk, Chernobyl, occupied Luhansk and Kherson and others. We were also able to get food to places where humanitarian aid could not reach. 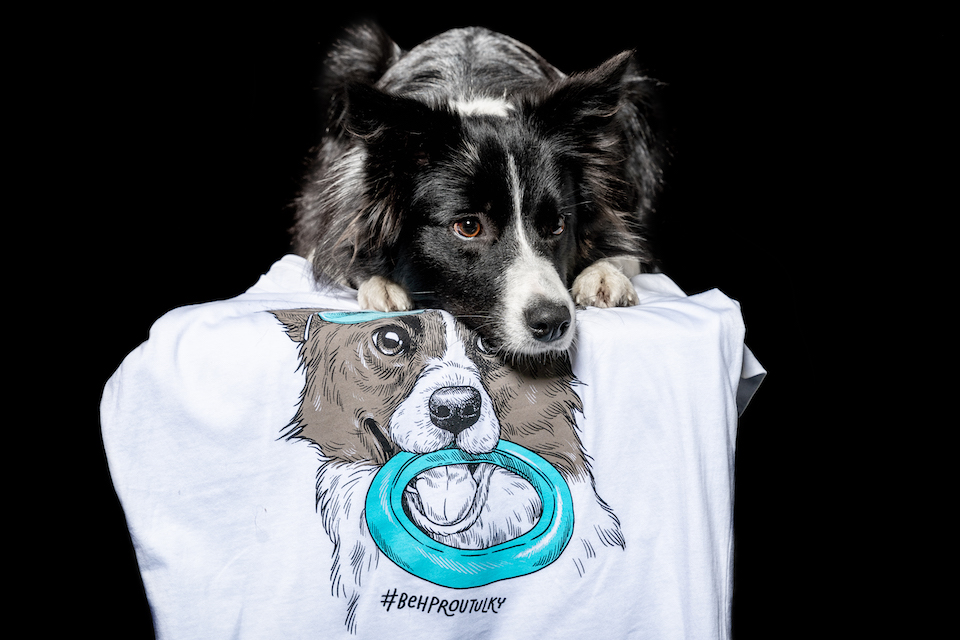 What events are you planning or what can we look forward to in the near future?
In September and October, we will hold the 'Běh pro útulky' (Run for shelters) event in Prague, Brno and Olomouc. It is a 5km run without timing. It is not a race for victory, we have no podium. The purpose of the event is to run at a relaxed pace with friends, children, dogs, and most importantly to help homeless animals in the city. The second loop is 1 km for people who just want to walk through the beautiful Stromovka.

How do original design ideas for textile come about? Which one is the most popular?
The first motifs were a bulldog and a retriever. We wanted to have one t-shirt for girls and one for boys. But then came a request from owners of wolfdogs, beagles, dachshunds and others to do just their breed. Today we have 18 designs and the new one is the Yorkshire. And about those ideas - we always try to ask the owners how their dogs behave, what is their characteristic, what is typical for them. For example, my friend told me how her wolfdog chews her running shoes, so we painted the wolfdog that way. 😊 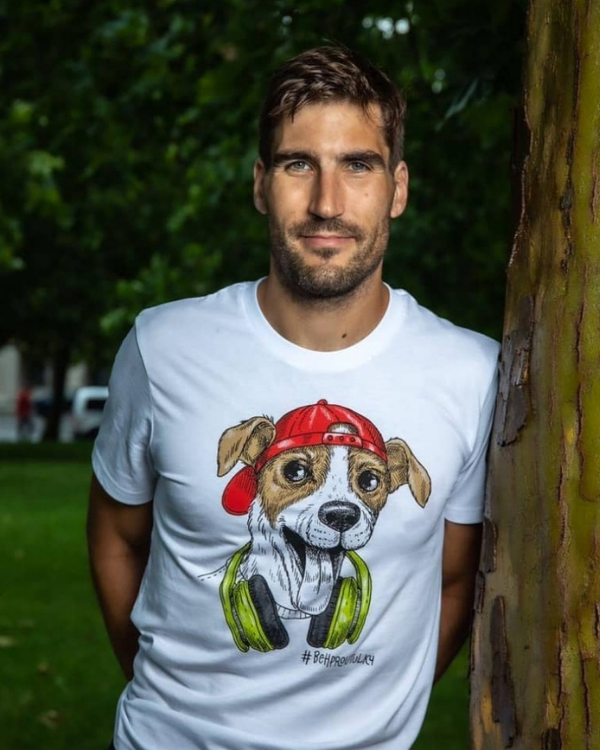 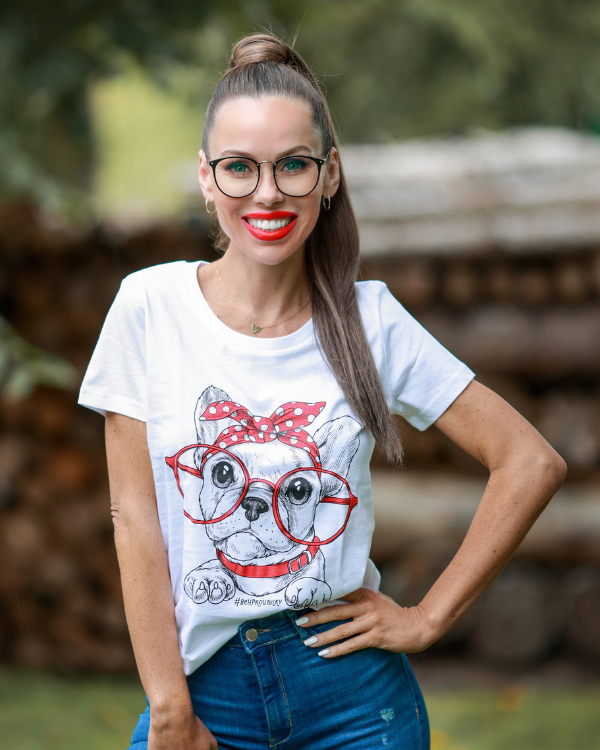 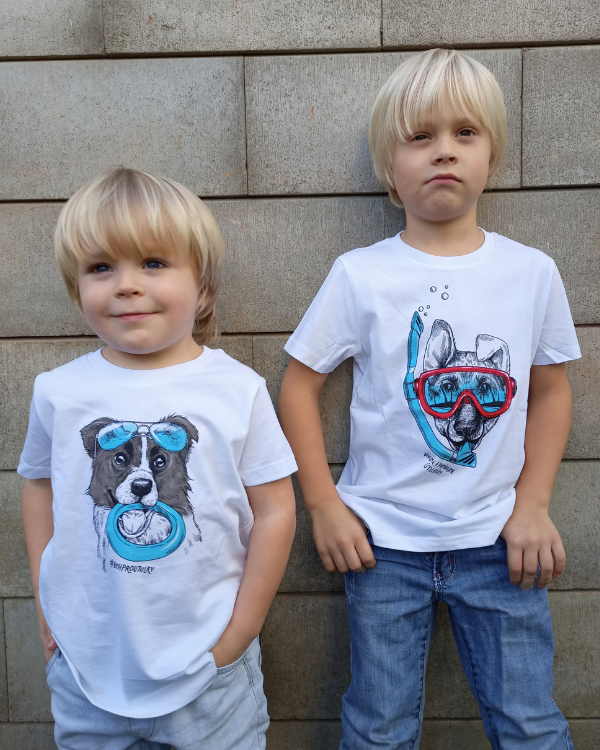 How satisfied are you with the printing and products from MERCHYOU? Would you recommend us to others?
We are extremely satisfied. We have been printing on Stanley/Stella t-shirts since the very beginning. We like the fact that the t-shirts are 100% organic cotton and carry the international textile certification GOTS - Guarantee of organic and ethical production. We are thrilled that not only the textile but also the inks for printing are in accordance with the highest ecological and ethical standards. And what I also have to appreciate about MERCHYOU is the great communication. I'm in contact with Jakub, he sometimes has fun with our order, but we would never change MERCHYOU. 😊

Do you have any other thought or message for our readers?
We would like to thank those who have already come to our event, helped the shelters financially and worn our charity t-shirts. I always smile when I'm walking around Prague or Brno and people are wearing our t-shirt. 😊

By clicking the I AGREE button, you give us and our partners the consent to use cookies for necessary, analytical and marketing purposes on this device. By clicking the SETTINGS button, you can decide which cookies can be allowed and which ones disabled. The storage of functional necessary cookies always takes place in order to maintain functionality of our services. More info about personal data protection.